Showing posts from June, 2016
Show all

Can following your passion lead to suckatude? 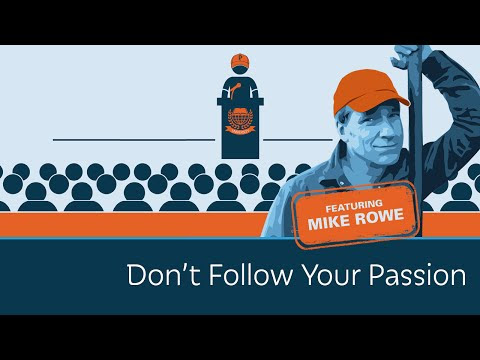 “Just because you are passionate about something doesn’t mean you won’t suck at it” Mike Rowe
I grew up with a passion for music.  My greatest thrill as a youth were the times when I was performing as part of the high school choir, show choir, or the marching band. What an amazing feeling to be in front of hundreds of people and to relish in the accolades of their feedback at the end of each performance. As a senior, my peers were even so kind to vote me as “best male singer”.
There was only one problem. I actually kind of sucked.
In spite of my great passion for music and my strong desire to be good with an instrument or an amazing singer, I did not possess any innate ability to be any good. I have a terrible voice, poor rhythm and a lack of psychomotor skills. Heck, even after four years in the high school band I was never able to fully memorize and play the school fight song. Now that is bad.
Had I followed this passion for music without a realization of my actual ability, I s…
Post a Comment
Read more
More posts